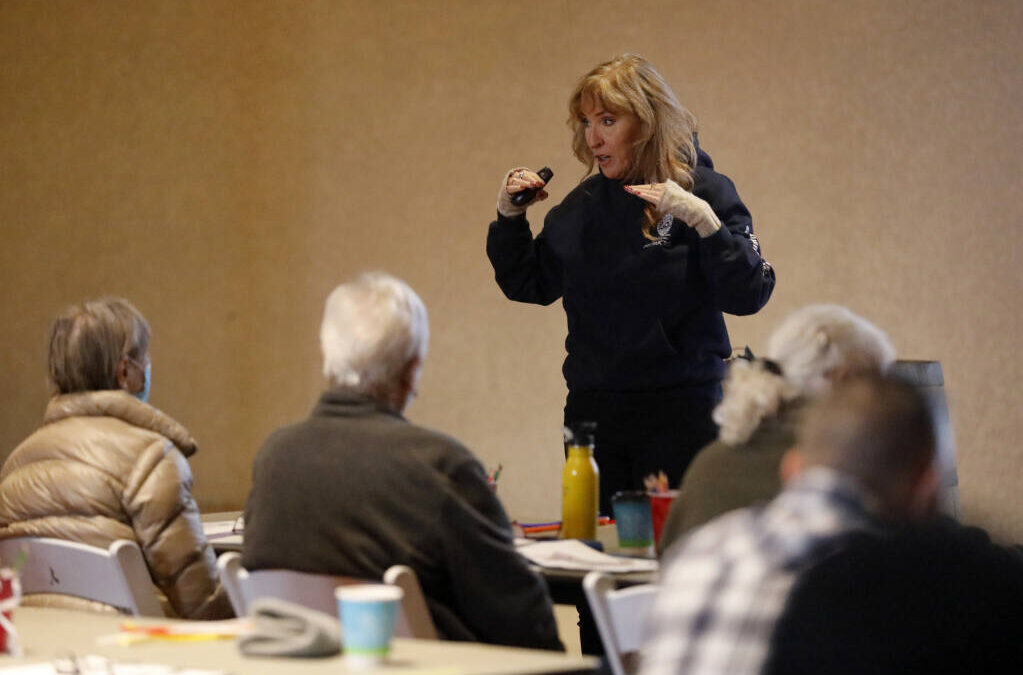 Susan Farren discusses the effects of stress on the human body and ways to counter them during a retreat organized by First Responders Resiliency, Inc. at Charles Krug Winery in St. Helena , Calif., on Wednesday, December 15, 2021.(Beth Schlanker/The Press Democrat)

A growing focus on mental and behavioral health resources for first responders has gained ground in Sonoma County and the North Bay, thanks in part to a former paramedic who saw so much suffering among her friends and colleagues that she started her own resiliency training firm.

Hundreds of local police and firefighters are among the more than 6,500 people who have been trained by Cotati-based First Responders Resiliency Inc. It was launched in 2018 by Susan Farren, a former paramedic whose kidney cancer diagnosis awakened her to the high risk of organ disease and other medical issues related to chronic stress.

But rising rates of mental and physical illness, behavioral health problems, stress-related retirements and suicides are forcing emergency response leaders to reconsider and acknowledge studies that show that therapy, meditation, yoga and other tools can help people stay healthier.

Many now use the “backpack analogy” to describe the burden first responders carry after repeated exposure to trauma, where each incident is like adding a rock to a backpack.

Eventually, all that weight pulls someone over or tears the straps, spilling it all, unless something is done to mitigate the burden or hand it off.

Farren says first responders’ bodies respond to the stress even if they don’t know it, resulting in increased vulnerability to stroke, heart attack and cancer, in addition to depression, substance abuse, divorce and suicide.

Resiliency training can help, in part through education about neuroanatomy and the nervous system, as well as exercises in mindfulness, behavioral therapy, emotional therapy and stress reduction.

“What we do is entirely proactive,” Farren said. It’s “biohacking” — finding pathways out of fight-or-flight mode so the body and mind can relax.

Farren said she’s trained personnel from a number of local law enforcement and fire agencies, including the Sonoma County Sheriff’s Office and sworn and civilian staff with the Santa Rosa Police.

Cal Fire has a three-year-contract with Farren’s firm, whose staff includes former firefighters, paramedics and military, and she is soon to include U.S. Marshals and Capitol Police among her clients.

Some of her tools are taught at the Cal Fire academy, before new firefighters get on the line. 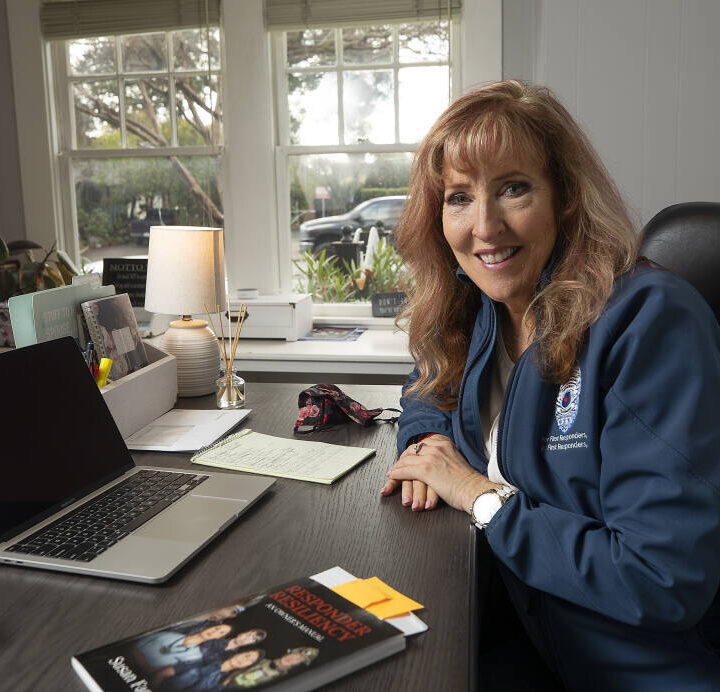 Retired paramedic Susan Farren started First Responders Resiliency Inc. in 2017 and now has a contract with Cal Fire to train thousands of state firefighters in methods to deal with the inevitable stress of fire season. Photo taken on Thursday, January 21, 2021. (Photo by John Burgess/The Press Democrat) 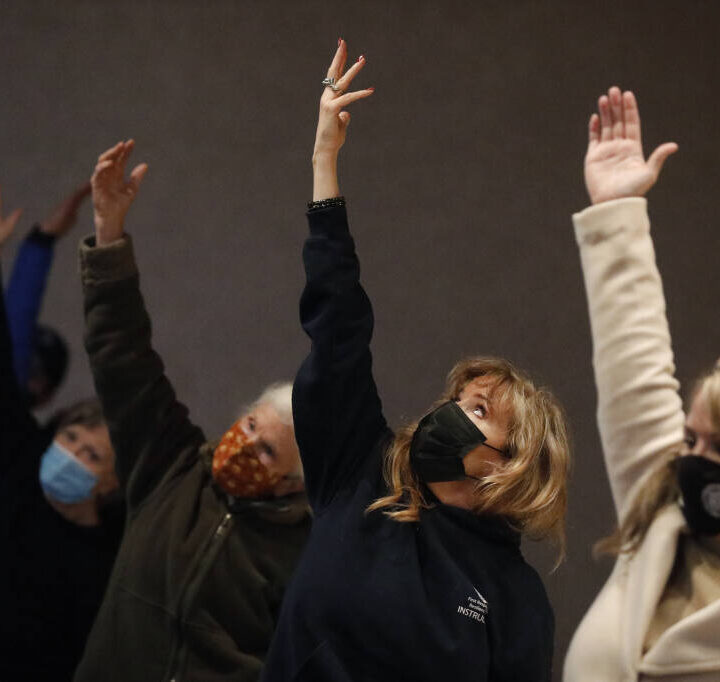